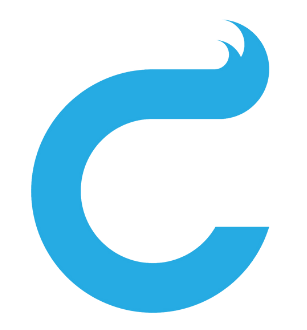 Here’s how this business began….

It was May 20th, 2020, when we welcomed our third child, and first son, into the world in Austin, Texas.

On Day 2, our little man, who we named Stephen W. Bradford Jr., got circumcised. This, of course, was a new situation for us since our first two children were girls.

I remember being so nervous, thinking about how this was going to hurt him. The nurse took him away and came back a couple of hours later. She said he did great and then said, “Let me show you how you’re going to care for it. You’re going to have to change out this gauze at every single diaper change.” She was talking fast and going through the whole thing rather quickly. Towards the end, I had to stop her and say, “Whoa, whoa, whoa! Can you repeat all of that again please and go a little slower?” She looked up at me and kind of giggled. Then she showed me all over again, and this time I made sure my husband was paying attention as well.

She poured almost half the tube of Vaseline onto the gauze – it looked like a real mess! The gauze was unravelling, her hands were getting extremely sticky, and all the while, she was trying to make sure my baby boy was okay and that everything was clean. She then folded the unraveled gauze over the circumcision and closed his diaper.

I was like, “OK. We do this at every diaper change?” Having known from my two older children that the first couple of months you’re changing diapers quite a bit, at least every couple of hours, I realized quickly this was going to be a slightly different situation! We were in the hospital for one more night, and of course, by that point, we were handling the circumcision aftercare on our own. I remember our hands getting all messy and sticky from the Vaseline, and although it wasn’t ideal, we got through it because, clearly, that’s what being a parent is all about. I remember telling myself, “Suck it up, buttercup!”

The next day, we got home, and it was so exciting to introduce our new little man to his two big sisters. Our daughters were ecstatic, and they gazed at him all day long. He was sleeping a lot, of course, but as instructed, we changed out his lubricated gauze with every single diaper change.

Day 3, then Day 4 rolled around, and I had just about had it with this damn unraveling and messy gauze. I had Vaseline on my glasses, on my clothes, and all over my hands. We finally created a “gauze and Vaseline station.” Meanwhile, I tried searching for a turnkey product that I could buy that already had the Vaseline on the gauze but was unsuccessful. At that point, I honestly would have happily spent up to $100, which, since I’m usually all about a bargain, tells you how desperate I was getting. I just wanted something, anything, to make the process a little more convenient, especially at 3:00 am in the morning. I googled for hours and hours. There was nothing!

I wasn’t a huge fan of the free hospital gauze because it unraveled, leaving stray strands sticking in the jelly. I ended up buying another type of gauze that I liked much better and that did not unravel and was extremely soft to the touch. When I ran out of the free Vaseline they gave us to take home, I bought more.

By the time Days 4 and 5 rolled around, my husband and I had started pre-making our own gauze pads and stacking dozens of them at our “diaper station” each day so that we had the gauze right there ready to go when we changed his diaper after his 3:00 am feed. I just needed to unfold it, apply it, and boom, it was done. I went back to sleep and he went back to sleep. It was amazing.

The doctors told us that circumcision healing would take 7–10 days, but by the end of that first week, he was completely healed. I remember saying, “Oh my gosh, thank goodness this was not my first child, or I would have been even more overwhelmed.” We had some pre-made gauze left over which I saved for any future diaper rash he might get, and I was truly amazed at how quickly it healed his diaper rash as well! It not only immediately added lubrication to the rash and kept the jelly in place, but it also served as a great barrier and protectant between the rash and any excretions.

Circumcision aftercare is something no one ever tells you about, at least they didn’t with me. Ha! CIRCURE makes the circumcision healing process so much easier and more convenient for parents and baby.

I truly hope that this new product helps you as much as I know it would have helped me!

Order now and make the healing process more comfortable for your baby.